Evidence of quantum squeezing of motion in a mechanical resonator

Quantum mechanics places limits on the minimum energy of a harmonic oscillator via the ever-present “zero-point” fluctuations of the quantum ground state. Through squeezing, however, it is possible to decrease the noise of a single motional quadrature below the zero-point level as long as noise is added to the orthogonal quadrature. While squeezing below the quantum noise level was achieved decades ago with light, quantum squeezing of the motion of a mechanical resonator has yet to be realized due to the large thermal occupations of megahertz-frequency mechanical devices even at typical dilution refrigerator temperatures of ~ 10 mK. A proposal by Kronwald, Marquardt, and Clerk [1] suggests a method of squeezing a single quadrature of the mechanics below the level of its zero-point fluctuations, even when the mechanics starts out with a large thermal occupation. By implementing this method, we have produced a mechanical squeezed state where the fluctuations are inferred to be below the zero-point level. In a separate device, we have also performed back-action evading measurements to directly detect the squeezed noise at a level of 0.05 quanta above the zero-point fluctuations. 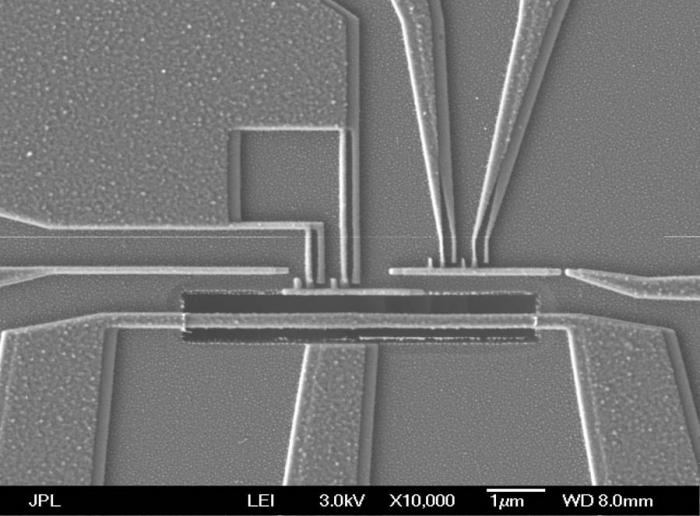