Simulating the Universe, one galaxy at a time

Within the cosmic web, galaxies form as baryonic gas flows along cosmic filaments into dark-matter halos. This gas fuels the formation of stars within galaxies, while the resultant feedback from stars and supernovae drive strong outflows of gas from galaxies. Understanding the physics of this complex interplay between cosmic inflows and feedback-driven outflows is one of the most significant questions in cosmic structure formation. I will describe how we use massively parallelized cosmological hydrodynamic simulations, run on the largest supercomputers, to model the physics of galaxy formation, including nonlinear gravitational dynamics, hydrodynamics, star formation, and stellar feedback. I will discuss the nature of the faintest "dwarf" galaxies, which we observe around the Milky Way, including the many mysteries of reconciling their observed properties with predictions of the standard cosmological model. Finally, I will describe how new generations of simulations are allowing us to shed light on dark matter. 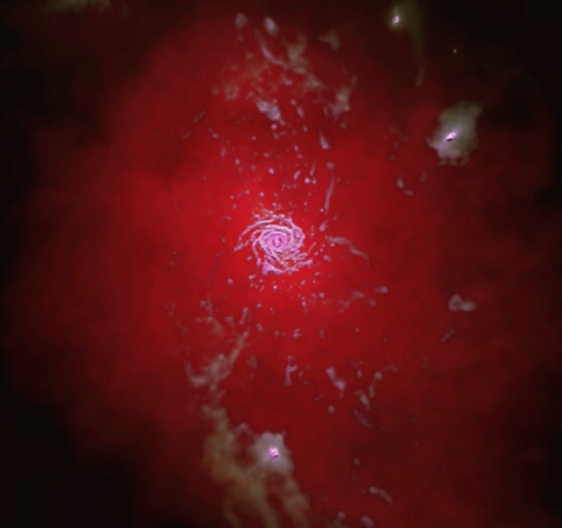