University of California at Irvine

Force-sensitivity and cooperativity arising from polymer properties of formins and other intrinsically disordered molecules.

Many proteins fold into a specific shape, or structure, and the details of the shape allow the protein to carry out a job in a cell. This has lead to a dogma in molecular biology that structure determines function. However, many proteins lack a single dominant structure, but instead have "intrinsically disordered regions". These appear often in cell signaling and cell mechanics. In signaling, examples include the T cell receptor zeta chain. In mechanics, examples include the formin family that creates and elongates actin structures. We develop models of intrinsically disordered proteins using a highly-simplified model developed by physicists to model other polymers: the theta-solvent freely-jointed chain model. The proteins we apply this model to are in the formin family, which builds cytoskeletal structures in the cell  including filopodia, focal adhesions, the cytokinetic ring and cell cortex. These structures respond to forces in distinct ways, so researchers are interested in understanding how formins respond to forces (tension, compression) too. Formins typically have profilin-actin binding sites embedded in disordered FH1 domains, hypothesized to diffusively explore space to rapidly capture actin monomers for delivery to the barbed end. Recent experiments demonstrate that formin-mediated polymerization accelerates when under tension. Intriguingly, the same acceleration is reported when tension is applied to just the disordered FH1 domains, ostensibly pulling monomers away from the actin filament. In this work we ask whether this behavior emerges from basic entropic polymer properties by simulating a model of formin-mediated actin polymerization. The binding of actin monomers to their specific sites on FH1 is entropically disfavored by the high disorder. We find that this penalty is attenuated when force is applied to the FH1 domain by revealing the binding site, increasing monomer capture efficiency. Overall polymerization rates can decrease or increase with increasing force, depending on the length of FH1 domain and location of binding site. Our results suggest that the widely varying FH1 lengths and binding site locations found in known formins could be used to differentially respond to force, depending on the actin structure being assembled. This nonlinear force response is part of a growing body of work demonstrating the emergence of nonlinear behavior, including cooperativity, anticooperativity, and sequentialization of enzymatic events, all arising from polymer properties alone. 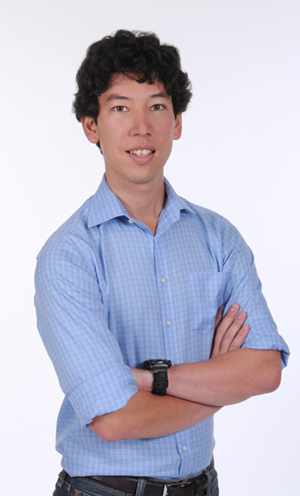