Mouse over the rows on the left to see more information about each award. Click on an award to go to a page of details.

The National Science Foundation (NSF) seeks to ensure the vitality of the human resource base of science, mathematics, and engineering in the United States and to reinforce its diversity. A competition is conducted for Graduate Research Fellowships, with additional awards offered for women in engineering and computer and information science. NSF Graduate Fellowships offer recognition and three years of support for advanced study to approximately 900 outstanding graduate students in the mathematical, physical, biological, engineering, and behavioral and social sciences, including the history of science and the philosophy of science, and to research-based PhD degrees in science education. (from http://www.ehr.nsf.gov/dge/programs/grf/)

The Winston Churchill Scholarship program was created as Churchill college was being founded in Cambridge for the purpose of bringing outstanding American scholars to England to study for a year after earning a bachelor’s degree. Between twelve and fifteen scholars per year are selected to pursue a program of research and study leading to a master's degree. The scholarship is worth $44,000 – $50,000 and covers all expenses for the year of study in Cambridge, including up to $1000 support for travel. Eight Churchill Fellows have gone on to win Nobel Prizes.

The Fulbright program for U. S. students aims to foster leadership, learning, and empathy between cultures. Sponsored by the U. S. Department of State and awarded to more than 1300 students annually, a Fulbright scholarship offers U. S. students support for one year of study or research abroad.

More than 70 astronauts from the Mercury, Gemini, Apollo, Skylab, and Shuttle programs are helping the United States retain its world leadership in science and technology by providing scholarships for college students who exhibit motivation, imagination, and exceptional performance in the science or engineering field of their major.

The Barry M. Goldwater Scholarship and Excellence in Education Program was established by Congress in 1986 to honor Senator Barry M. Goldwater, who served his country for 56 years as a soldier and statesman, including 30 years of service in the U.S. Senate. The purpose of the Foundation is to provide a continuing source of highly qualified scientists, mathematicians, and engineers by awarding scholarships to college students who intend to pursue careers in these fields.

The Thomas B. Brown Memorial award for senior research in physics is awarded for research results, originality in conception or in execution of research, diligence, and clarity of oral and written reports.

The Alfred B. Focke award celebrates excellence in experimental physics research, and is given to the graduating senior who, in the opinion of the Physics faculty, has done the most noteworthy piece of experimental research as a senior project.

The Mindlin Prize for Innovative Ideas in Science is awarded to the author of the most innovative paper in the sciences.

Established in 1994 with gifts from the class of 1967 and Jon's widow, the Jon A. Wunderlich ('67) Prize is awarded to a physics major who has demonstrated remarkable creativity.

The Rojansky Writing Award is named for Vladimir (Ro) Rojansky, who came to the College as an emeritus professor after retiring from Union College. Following his death, his wife Milla requested that contributions be made to HMC in lieu of flowers, and the Rojansky Award was created from that seed money. Ro was recognized not only for his work in quantum mechanics, but also for his clear and concise writing. The Rojansky Writing Award is given annually for the outstanding term paper in the sophomore quantum mechanics course, Physics 52.

The John and Ellen Townsend Award is given to the outstanding physics major in Physics 116.

The Graydon and Louise Bell Prize was created in 1999 in honor of the first member of the HMC physics department and his wife. It is awarded at the start of the fall semester to a senior physics major for outstanding scholarship, creativity, and service.

<p>The Physics Community Award is given annually to the student or students who most notably foster a welcoming environment and a sense of community among physics students. This award was established by the physics faculty in 2020 through the Physics Diversity, Equity, and Inclusion Fund.</p> 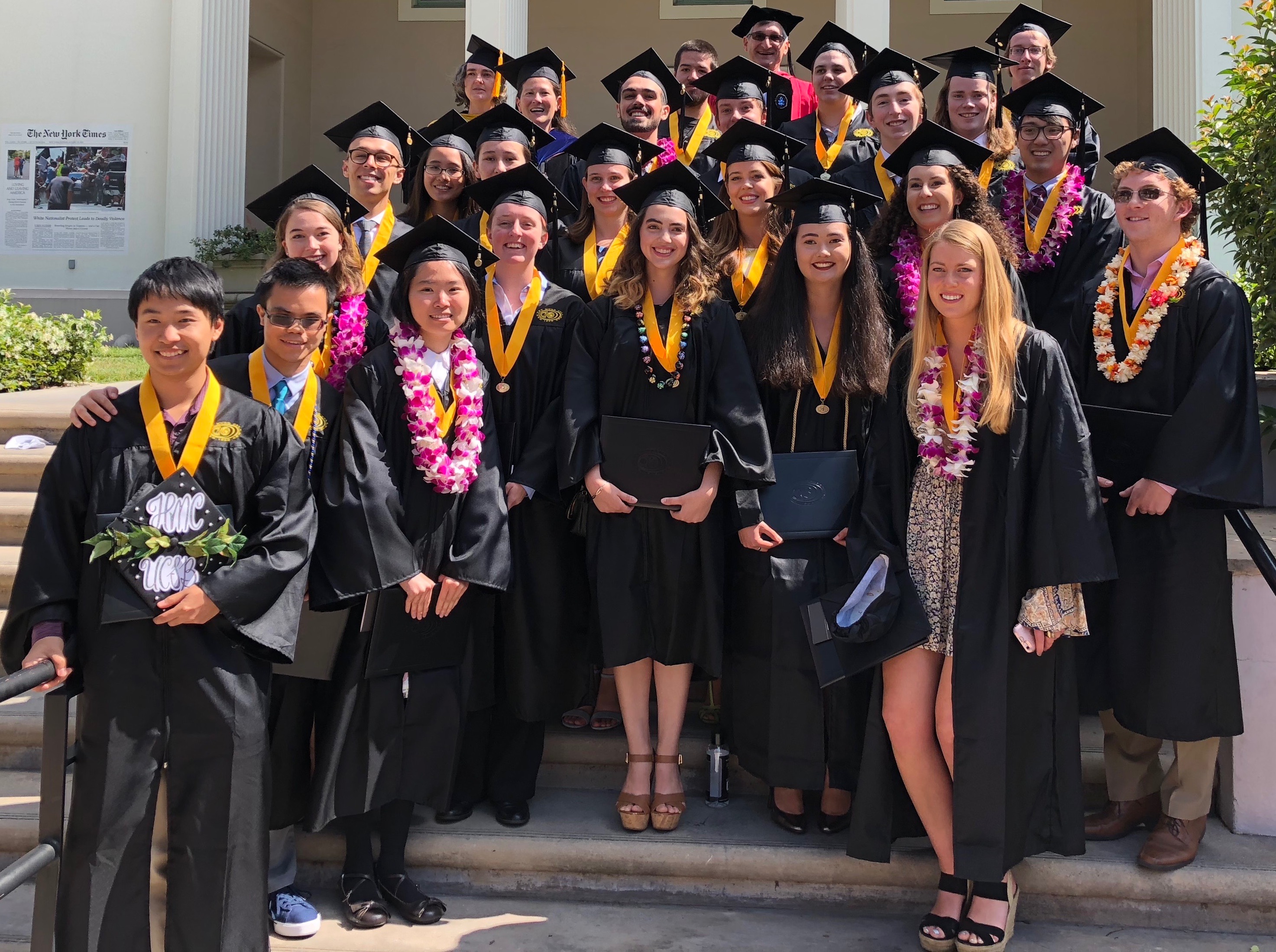 Besides moving on to excellent graduate programs and permanent jobs, our students win a variety of awards both within in the College and at the national level. Some recent highlights include: