Astronomical observations of neutron stars inform our understanding of matter at the highest densities. Already, we have used gravitational-wave data from GW170817—the first signal from a neutron-star system—to constrain the equation of state of dense matter in neutron stars. More recently, the new heavy neutron-star merger GW190425 has indicated that the gravitational-wave population may include systems not previously observed as galactic binaries. As the mass of the components increases, higher densities of neutron-star matter play a role in the orbital dynamics. I will discuss current methods being used to explore the effect of tidal interactions on the neutron-star coalescence and then translating tidal information from the signal into matter properties in the component stars. I will discuss how these results fit with other neutron-star observations, outline prospects of learning about matter in the current Advanced-detector era, and extrapolate the potential next-generation gravitational-wave observatories have to map the phase diagram of dense neutron-rich matter. 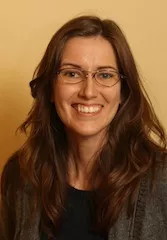